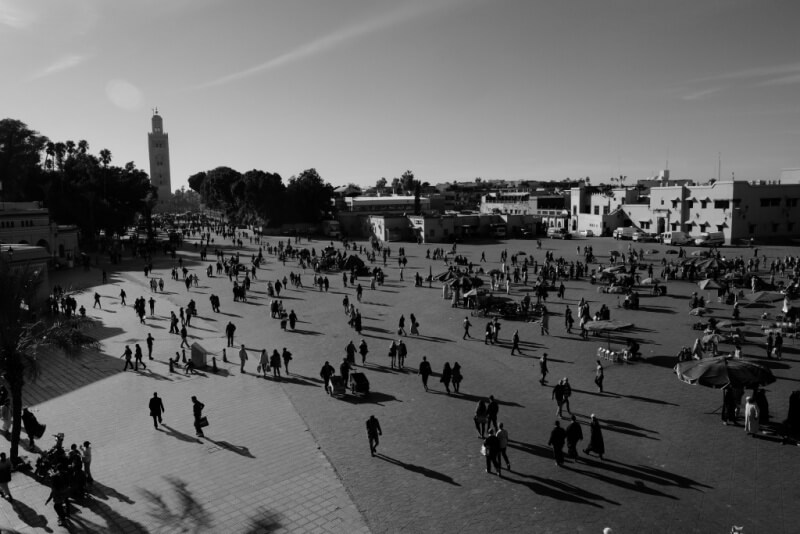 Driving through Morocco – an introduction to land and culture

In order to escape from the hectic Christmas time, we decided to leave Germany behind to travel through Morocco for three weeks in 2014/2015. To avoid a huge post I will divide the trip into some smaller reports. This article is about Morocco in general and some advice when travelling through the country.

Travelling through Morocco by car

When we decided to travel through Morocco we did not do a lot of research in advance. We had a rough idea about what we wanted to see and we booked a car to pick up at the airport. If the country allows it we normally like to travel by car as it gives you a lot of independence. Of course what we missed is the experience you get from travelling with locals on public transports… In the end we heard from other travellers that travelling by bus is quite reasonable. However, as the car rental was very cheap it was our choice of transport.

The roads in Morocco are quite good for an African country. Nevertheless, you should always plan for a much longer travel time than what you are used to in a Western country. At least double the amount should do. Of course depending on the road (highway, inner country road or mountain pass) I would always plan two hours for 100 km. When travelling through the mountains even more.

Cars are by far not the only vehicle on Moroccan roads. We encountered biked, horses, donkeys etc. So driving by night is really not a good idea as donkeys usually are not equipped with a back light.

Our first stop in Morocco was the city of Fés. We arrived at the airport in the early evening after a comfortable flight from Frankfurt. As mentioned we did not really get into all the details about the country before our trip. So when we arrived in the old city centre (also called medina) of Fés we were sure that we will find our accommodation with the help of the maps that we had downloaded before to our phones. However, we learned the hard way that maps are absolutely useless in the old medinas of ancient Moroccan cities! END_OF_DOCUMENT_TOKEN_TO_BE_REPLACED 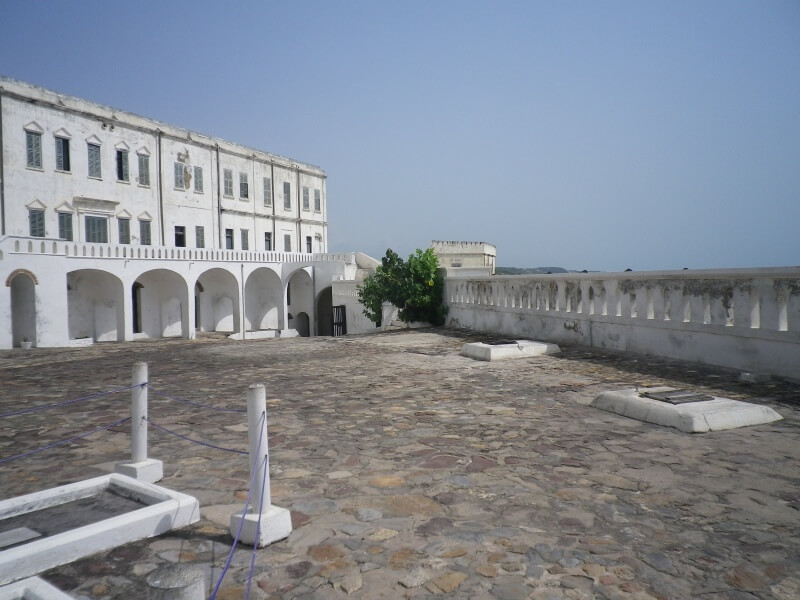 With a guided tour, we visited the cells in which the slaves were kept for three months before they were walking through ‘the door of no return’ onto a ship to Europe.  END_OF_DOCUMENT_TOKEN_TO_BE_REPLACED 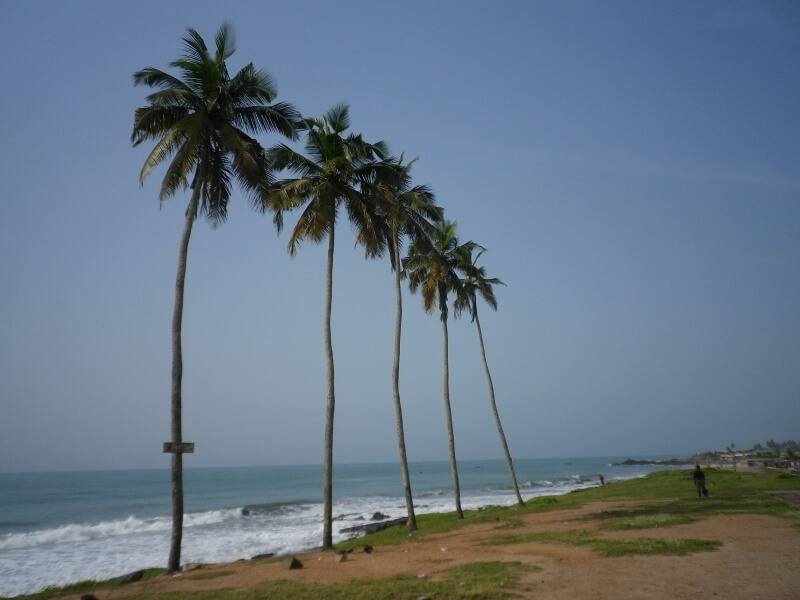 Cape Coast and Elmina are historic ports and known to be rather ‘touristy’ places in Ghana. However, we did not meet a huge tourist crowd but rather a more laid back area with very interesting sights to visit.

As we merely had one weekend to spend in the area we decided to only drive by the St George’s Castle of Elmina, which already looks stunning from the outside. This castle is the oldest extant colonial building in sub-Saharan Africa and I think definitely worth visiting if you have enough time at your hand.  END_OF_DOCUMENT_TOKEN_TO_BE_REPLACED 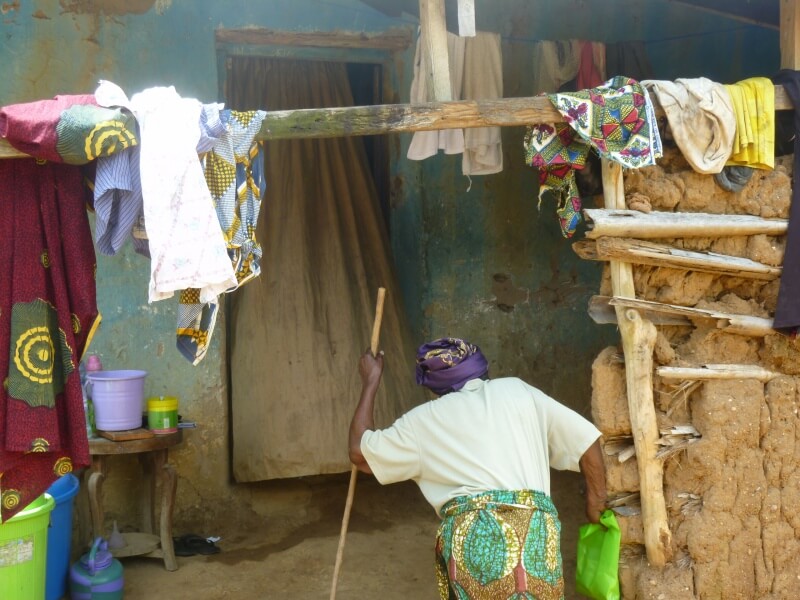 The woman was transferred to the hospital in a bad condition due to her HIV positive status. After her treatment she was discharged but no one came to pick her up. Thus, for over two weeks she was laying in the hospital with no care, visitors or proper food. Merely the social welfare unit gave her basic food to survive. When I asked the staff where the relatives are, no one knew about them and it was assumed that they are not coming as they cannot afford to pay the medical bills. Thus, we put the women in a car and together with two social workers we drove off to find the village. END_OF_DOCUMENT_TOKEN_TO_BE_REPLACED

First, let me start with some facts. Non-communicable diseases, or chronic diseases, are best described as not be able to spread from one person to another. Cancer, diabetes, pulmonary diseases, and cardio vascular conditions count under this category. They also share the same risk factors mostly related to an unhealthy lifestyle. END_OF_DOCUMENT_TOKEN_TO_BE_REPLACED 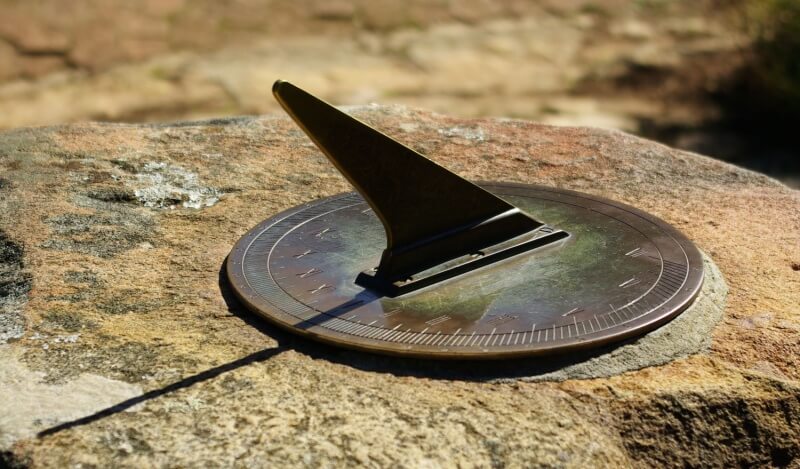 To get this out of the way: I do not blame Africans for being lazy or sloppy. The contrary is true! I rarely met people working so hard to make a living. However, even if people are having a tough live with little money and difficult living conditions they keep relaxed and do not panic when something does not go as planned. END_OF_DOCUMENT_TOKEN_TO_BE_REPLACED

An good video that explains the current Refugee situation very well. So EVERYONE can understand why people leave their homes behind.

"There is a mystery behind that masked gray visage, an ancient life force, delicate and mighty, awesome an enchanted, commanding the silence ordinarily reserved for mountain peaks, great fires, and the sea."Peter Matthiessen